Bacons have various types but one of its most popular ones is called streaky bacon; streaky means the existence of lean strain of fat parallel to the meat among its layers (i.e. which in the U.S. is called belly bacon and in the UK known as loin bacon). Due to this feature in the past, the streaky bacon was manufactured merely from bacon and the other distinctive feature of this kind of bacon is the manner of serving it which is usually consumed with and/or without egg and is mostly consumed in the breakfast meal in the American and some of the European countries which its status is similar to sweet tea with Tabriz cheese in the food platter and of course today it is known and consumed in the majority of the states all over the world; therefore, after conducting researches on this kind of product, this company became successful in manufacturing halal streaky bacon out of veal which enjoys the same features in terms of taste and mouth feel in texture. 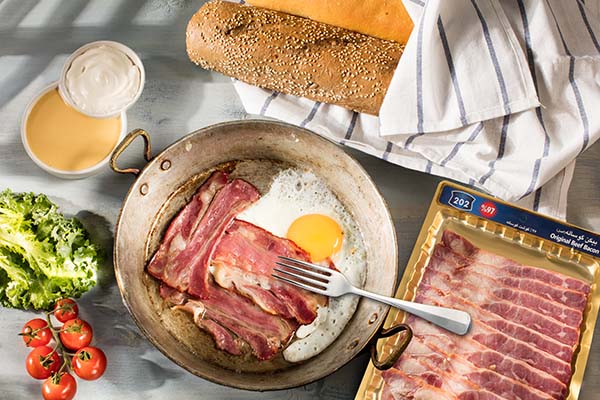 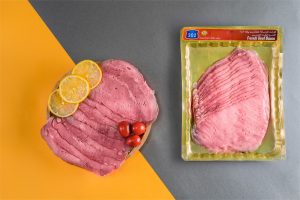 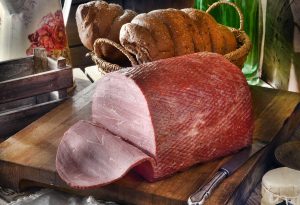 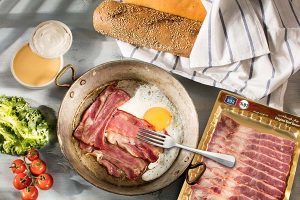 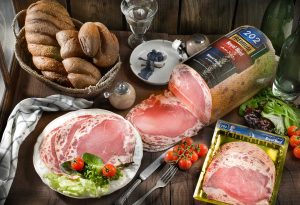 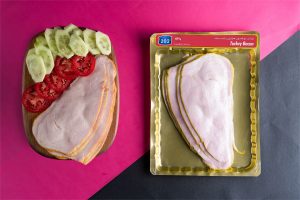 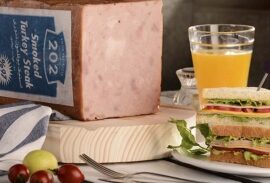 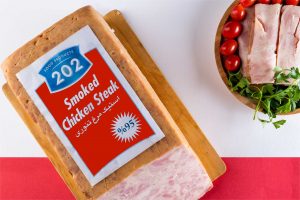 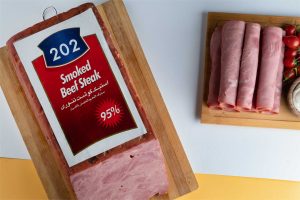 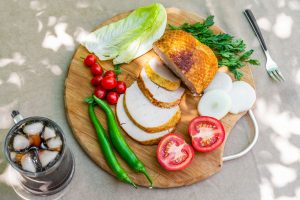 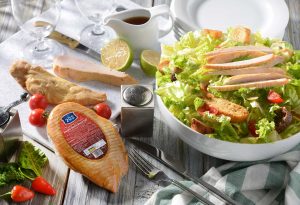